Click here for the latest report from Father John

Built in 1827, this is an early (pre-Emancipation) example of a village Catholic Church, paid for by the Catholic landlord, but much of its interest has been eroded by the changes wrought in 1912 and 1991.

The church was restored in 1912, when the exterior was rendered in cement and marble chippings and the interior woodwork was varnished.  In 1991 an extension was added to the west end of the church and the bell turret added.

Lent begins on Ash Wednesday, which was on 10th February this year and Mass with the imposing of Ash took place at 9.30am at St Mary’s primary School; 7pm at the Church.

Lent lunches are held in the Presbytery, with all proceeds to Educaid, our parish charity, and for which former villager Miriam Mason-Sesay (daughter of Vanessa and Martin) is the driving force! 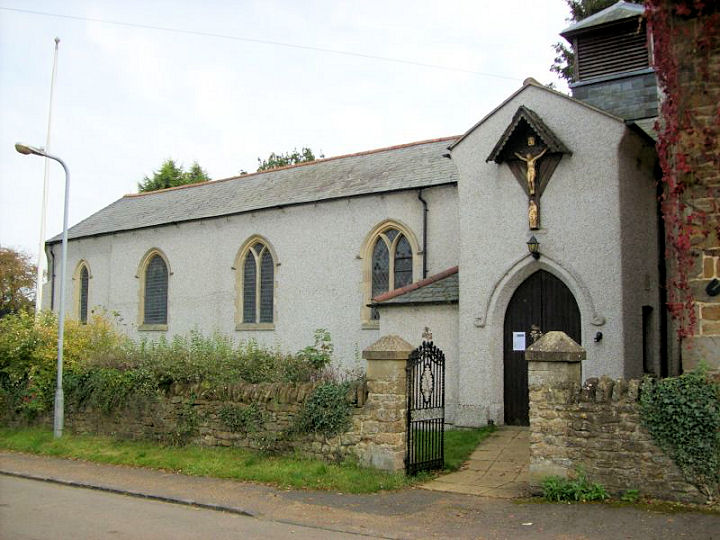